Veekos (central co-operative) Pty Ltd was established by the Farmers Co-operative Union (FCU) in 1958. This was due to Bloemfontein’s farmers who needed to manufacture their own feed. In 1960 the head office was moved to East-London and sub-offices were established in Johannesburg, Klerksdorp, Durban, Port Elizabeth, Paarden-eiland and Upington. The current feed mill became operational in June 1965 with only mash production possible, it was also the first feed mill in the Northern Cape.

1966 the first pellet production, with molasses and lucerne, was produced & the Veekos Head office was moved to Upington in 1969. Due to an increase in demand the capacity was doubled by adding an additional pellet mill and increasing the lucerne milling capacity in 1970. Expansions  were necessary and additional property was bought to include rail transport and additional storage capacity. During 1980 Veekos established a leading lucerne milling plant and still  remain on the  forefront of roughage milling capacities and technology. 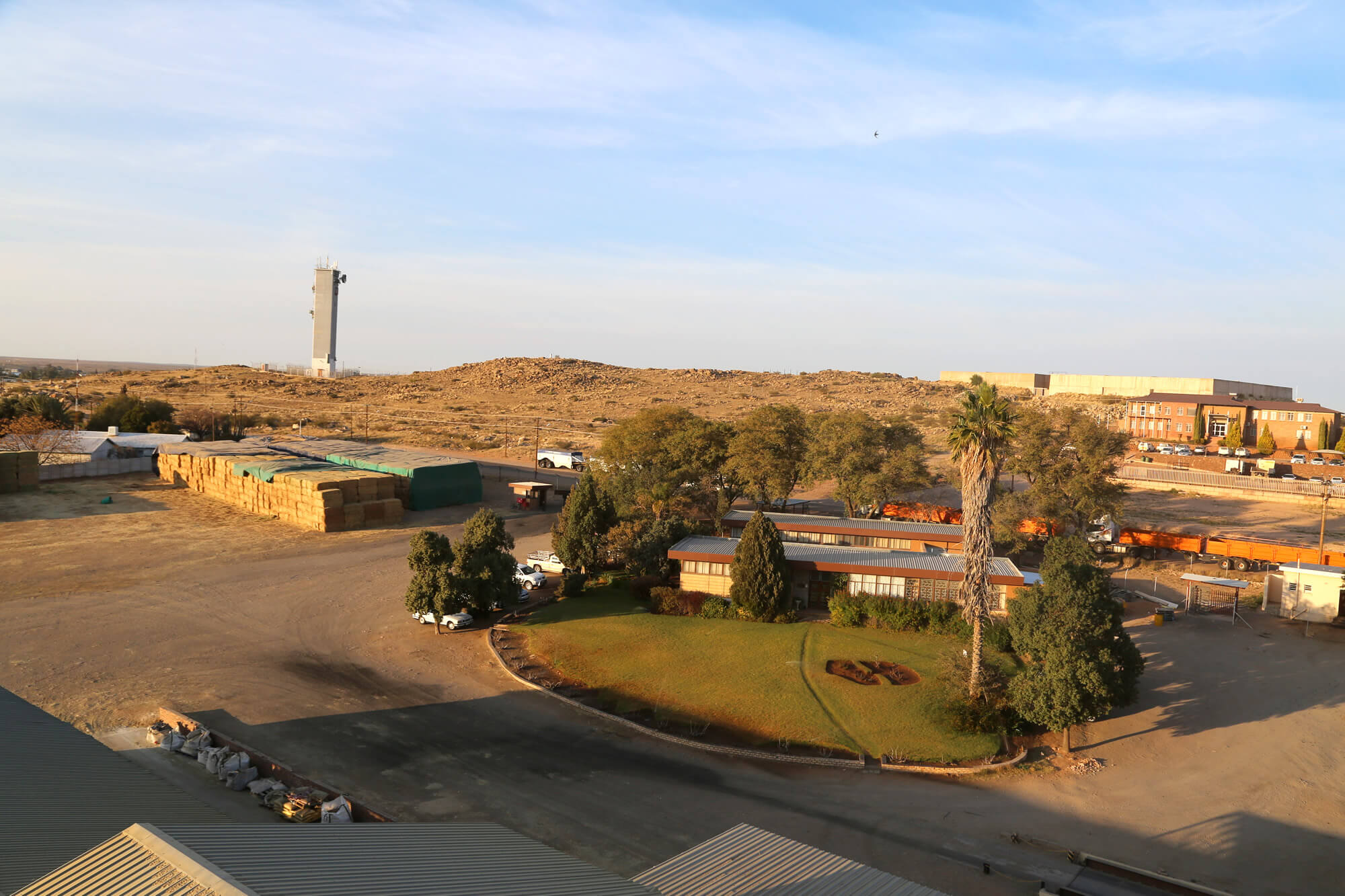 In 1988 a 100 metric ton road weighbridge was installed. In 1996 the maize storage capacity of Veekos was increased to 4 500 ton. Agra (Koöperatief) Beperk bought the remaining  3rd of the shares owned by the farmers and  hereby bringing an end to the Veekos business as started in 1958. In 2000 the three shareholders, KLK Landbou, Oranje Koöperasie Beperk and Agra (Koöperatief) Beperk decided to sell Veekos (Edms) Beperk to Voermeester  Windhoek, Namibia. Voermeester took  over all the fixed assets and working capital on the 25th of August 2000. Veekos  became part of the NMI group of companies and is  the only South African feed mill of the group .

In 2011, due to age of plant and new technology available, a master plan was established to upgrade the plant to better serve clients, improve quality and to expand the market. A total of R15 million was spent on improvements and currently the plant can produce up to 300 ton of high quality animal feed per day. During 2013 a decision was taken to group all feed companies within the NMI group together under the VEEKOS brand. Feed mills in Swaziland, Mozambique, Namibia and South Africa are known under this brand name. Feedmaster’s main focus is  to provide a quality solution and prosperity to all its clients through service and constant supply of quality animal feed products.